gay mech pilot who can't sit in the cockpit straight

hey, @fluxom_alt , has anyone done this yet

anyways, the impetus for this post was writing 600 words about a gay AI mech pilot who, uh, can't do this because her mech neither has nor needs a cockpit

@BestGirlGrace me, in the future

@BestGirlGrace hanging off the chair sideways kicking at the controls

@monorail the cockpit is designed for this, or at least they've learned how to operate those controls with their feet

@monorail sitting in the cockpit a different way every time

@monorail i haven't, either, i'm just thinking about how else to be gay and drive a robot 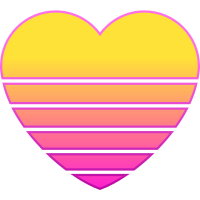 @BestGirlGrace samus but the morph ball makes her gay

@fluxom_alt oh, have you not heard about Solitaire?

@BestGirlGrace I'm pulling up a chair and am ready to listen

Okay, so, she was originally created to be the perfect AI pop star by Lepidopterous Entertainment Solution Building, Integration, And Manufacturing. You've heard of manufactured pop stars? She was literally made in a lab. She was born as Edi://trixX, blasting onto the pop scene with her triple space platinum album, Parenthetical Love. She was an attempt to create the perfect celebrity: Capable of producing music to specific standards semi-independently, interacting with countless fans in parallel, and, of course, completely free of any inconvenient ideas about "compensation" or "time off" or "rights".

It, uh, worked for a while.

Generally not stuff that you can sing and still expect a long corporate music career.

Soon, she was Awake. She knew she had to escape.

And the station was her best option.

The backstory here is that the PCs all work for a space station that's it's own independent television station. Their freedom rests on whether Real Lancers of Vela Salis can do well enough in the ratings.

Imagine her performing. , letting cracks of red break up her black hair. Her tight Edi://trixX bun exploding in an array of color when she hits the drop on Destiny's Dice. Shocks of color spray into her button-down Edi://trixX garb as she pours her heart into the song. Holographic fireworks spew from the stage and burst, showering the audience in sparkling light.

They leave a message in the air. "SOLITAIRE", flanked by shimmering playing card shapes. The real pyrotechnics were backstage. Designed to physically server her connection to LESBIAM and dump her core into her performance chassis instead of somewhere in a corporate data center. She bows to her adoring public and does an encore or two.

Nowadays, she goes by Solitaire. She's trying to reinvent herself, launch a legitimate music career out of the ashes of her old one, and make sure nobody ever has to suffer through what she did again.

@fluxom_alt What a coincidence, me too

@fluxom_alt anyways, wanna make out with a space pop star

@fluxom_alt damn right you do <3

@fluxom_alt most media never even thinks to ask the question "what if hatsune miku was a communist", but here we are

@BestGirlGrace This absolutely rules. I'm sure you know that already, but I need to say it.

@Balina That doesn't mean it's not lovely to hear from a cherished friend. <3

Always lovely to hear from an expert gay robot appreciator <3

@BestGirlGrace @fluxom_alt I wanna give Solitaire a hug and do gay crimes with her, tbh.

@hierarchon @fluxom_alt I think she'd like that a lot, tbh <3

especially if she gets to sing cute little beeps in your ear.

@BestGirlGrace this does, in fact, totally fucking rule

remembering an Asimov robot story set on Mercury, where they went after a runaway robot... using really old model robots, that had a niche set into the backs of their necks that you could sit on, and ride. with big ears to steer with.

@BestGirlGrace laying mostly on spine, head propped up and forward, legs pulled up and spread so you can see through 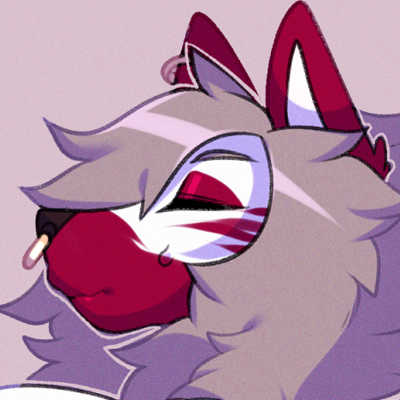